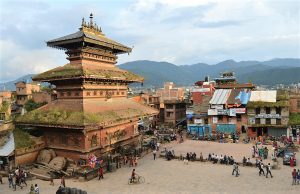 Couple driven together by Hindu hostility toward their faith.

A young father knows the intensity of Hindu opposition to Christianity in his native Nepal – it temporarily took his newborn son from him and has left his young family homeless for nearly two years.

Having moved in with his parents after the birth of his son, Pawan (surname withheld for security reasons) said that in March 2020 they told him and his wife to either partake of Hindu rituals or leave their home in central Nepal’s Bhaktapur District.

“We tried hard to settle the matter, but they did not let us stay,” Pawan, 26, told Morning Star News. “They kept our newborn son and threw us out of our home.”

His parents had insisted that if they were going to attend Christian worship services, they must also participate in rituals such as eating food offered to Hinduism’s many gods, he said. Refusing to eat such food, his wife grew so weak she had trouble providing breastmilk for their baby.

“Many days went by with just a meal a day, and my wife, who was breastfeeding our baby, grew weaker,” Pawan said. “She would silently suffer, fearing that complaining to me might lead to a heated argument with my parents.”

Working hard but earning little, Pawan remained true to his faith even though economically dependent on parents that were hostile to Christianity.

“When we refused to accept food offered to the deities,” he said, “my parents would insult us, asking, ‘What good has following Christ done for you? Your baby keeps falling sick. What is your Jesus doing? Why is He not protecting your baby?’”

Tensions grew after his younger brother put his faith in Christ, he said.

“Both my mother and father falsely accused me of sorcery to draw my brother into my faith,” Pawan said. “I only shared the gospel with him; I never forced him and did not speak any alluring words to make him a Christian. It was his own decision.”

After his parents expelled Pawan and his wife from their home, the couple stayed with friends for a few days before taking refuge in the compound of a church in an undisclosed town.

“After a great struggle, we were able to recover our son and brought him to stay with us,” Pawan said.

Nepal, whose population is 83.3 percent Hindu according to the Joshua Project, has a growing Christian population, though evangelizing is prohibited under Nepal’s constitution of September 2015.

Pawan and his wife, Srijana, were not strangers to persecution when they met, as it was her parents’ hostility toward her faith that brought them together.

From an upper-caste family of the Hindu priestly class, his wife Srijana secretly became a Christian when she was a teenager, Pawan said. She had moved away to study nursing before she revealed her faith to them.

“From the day she called her home and informed them that she was a Christian, her parents left no stone unturned to harass her,” he said. “First, they got her name removed from the scholarship rolls for her nursing studies. At that point in time, she had no money and had to return to her parents’ home.”

They then tried to marry her off to a relative twice her age and send her abroad, Pawan said.

“Her parents would humiliate her in extremely vulgar language and at times also beat her up to silence her,” he told Morning Star News. “This went on for days, and the prospective groom was in a rush to make the marriage happen.”

Pawan was working at a hotel in Dubai, United Arab Emirates at the time. He and Srijana had joined the same Christian group on Facebook when he received her desperate plea for help in a message in November 2018.

Srijana’s wedding was days away. Feeling she needed to be rescued, Pawan asked some friends to help, but none were willing to confront her parents, he said. Instead, his friends offered to arrange for him to fly to Nepal.

“I flew down to Nepal immediately, went to Srijana’s house, and fled to India with her,” Pawan said. “I had no other option. They would have even killed her and also me for showing up at their home.”

A friend kept Srijana safely among the women at his home in Darjeeling, West Bengal state, while Pawan took up odd jobs for their survival, he said.

In October 2019, he received a message from a friend that Srijana’s parents were searching for them, and that they had asked police in Makhuanpur to file cases against him, Pawan said.

“They were in touch with Hindu extremist politicians making plans to catch hold of us,” he told Morning Star News. “It was then that Srijana and I decided to get married and moved to Nepal.”

They went to a marriage registrar in Kathmandu and signed papers on Nov. 8, 2019, he said. Thus they were secretly married in a government registrar’s office without any celebration.

“We had to remain in hiding for a year,” Pawan said. “There was nobody around during our child’s birth. We went through many struggles, and God brought joy in our lives through our child.”

Moving in with his parents seemed like a good idea to allow them to help care for the baby – until they were kicked out for their faith. Pawan said he is glad his brother came to faith during that brief time, and that he continues to pray that his parents will come to know Christ.

The young family has managed to scrape by as he works odd jobs, and church members help them care for their little one. Pawan plans to search for work abroad, he said.

“We are still living in fear,” he said. “If my in-laws get to know about our whereabouts, they might attack us at any time.”

Nepal ranked 34th on Christian support organization Open Doors’ 2021 World Watch List of the 50 countries where it is most difficult to be a Christian. By criminalizing conversions, Nepal has infringed on the fundamental freedom of religion or belief guaranteed not only by its constitution but also by several international covenants, according to Alliance Defending Freedom, which undertakes legal advocacy for religious freedom.

“These vaguely defined laws are often abused to harass minorities,” according to an ADF press statement. “While the Indian constitution is very clear on protecting religious freedom, Nepal’s constitution prohibits the attempt of religious conversion. At the same time, Nepal is a signatory to the International Covenant on Civil and Political Rights, an international treaty explicitly protecting freedom of religion and expression.”