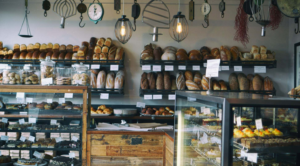 The case dates back to 2014 when Mr Lee, a gay rights activist, asked Ashers bakery to make a cake with the slogan ​‘Support Gay Marriage’ on it. The McArthur family, who own Ashers bakery, run a successful Christian family business. The name was derived from Genesis 49:20: ​“Bread from Asher shall be rich and he shall yield royal dainties”. The McArthurs were happy to sell Mr Lee a cake, but not to promote a view contrary to their firmly held religious beliefs. When they ultimately declined his order, Mr Lee went to the Equality Commission who supported his claim alleging discrimination. Ashers have been supported in their case by the Christian Institute.

Ashers were initially found to have discriminated against Mr Lee by the lower courts, but eventually after a number of appeals, the case reached the UK Supreme Court.

The Supreme Court found no discrimination on grounds of sexual orientation, religious belief or political opinion. The Supreme Court agreed that it is an affront to human dignity to deny someone a service because of that person’s race, gender, disability, sexual orientation or any of the other protected personal characteristics. But Lady Hale said, “…that is not what happened in this case and it does the project of equal treatment no favours to seek to extend it beyond its proper scope.” This is perhaps the key line in the judgement. There was no discrimination in this case, and over-reach puts all human rights at risk.

The case was about freedom of conscience, speech and belief, and whether someone could be forced to create a message they profoundly disagreed with. The issue was always the message on the cake rather than the messenger. The Supreme Court ruling protects everyone from compelled speech and even gay rights activist Peter Tatchell came out in support of the bakers.

In ruling the case inadmissible, the European Court has effectively backed the Supreme Court ruling. The European Court reiterated that in order for a complaint to be admissible, the Convention arguments must be raised explicitly or in substance before the domestic authorities. The applicant had not invoked his Convention rights at any point in the domestic proceedings.

The case has captured imaginations and split opinions. It raised profound questions about how we balance competing rights. In the end, the Supreme Court wrestled with all the issues and handed down a ruling that protects not just Christians, but everyone from compelled speech.

In earlier submissions, the attorney general for Northern Ireland had noted that, ​“the case for Mr Lee is put with the appearance of sweet reasonableness but it cannot be disguised that Ashers are being compelled on pain of civil liability to burn a pinch of incense at the altar of a god they do not worship.”

The historian and agnostic Tom Holland has noted that human rights don’t just hang in the ether waiting to be discovered. They aren’t objectively true and don’t exist by coincidence. They derive from profoundly Christian theological presumptions. They require a leap of faith in the same way that it takes a leap of faith to believe Jesus rose from the dead. There is a beautiful irony that the very human rights that Mr Lee sought to rely on and use against the bakers are fundamentally Christian.

The Ashers case is a moment in which we get to tell the world a better story. A story in which everyone has equality and dignity because they are made in the image of God. A story that unpacks the biblical foundations of human rights. A story that ruptures the entire fabric of the cosmos when God became human to reach the least and the lost.

This case was never really about a cake. It was about how we navigate a plural public square with a diverse range of views. No-one can be compelled to back a message they disagree with, but we are free to break bread or share cake with anyone and everyone.

Peter Lynas oversees the advocacy team and the work of the Alliance across the four UK nations. He is passionate about faith in the public square and leads the Being Human project with Jo Frost. He previously worked as a barrister in Belfast before studying theology at Regent College in Vancouver, where he serves on the board. Peter is a regular media commentator, is married to Rose, has two daughters, and loves running.