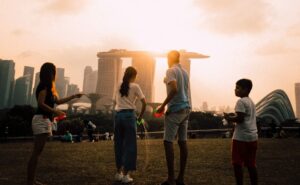 More people in Singapore, in particular young adults, are declaring that they have no religion.

The census, which is conducted every 10 years, surveyed 150,000 households in 2020 and focused y on the resident population, which comprises citizens and permanent residents.

The resident population aged 15 and above by religion. Screenshot from the 2020 population census report findings.

The proportion of residents with no religious affiliation by age group. Screenshot taken from the 2020 population census report findings.

Compared to 2010, all age groups had more people stating that they had no religious affiliation.

According to ethnic group, the Chinese had a significantly larger proportion with no religious affiliation in 2020 (25.7%) than the Malays (0.4%) and Indians (2.2%), reported the census.

The report also reflected a decline of 3.9% among Christian university graduates from 32.2% to 28.3%.

Gracia is a journalism graduate who thoroughly enjoys people and words. Thankfully, she gets a satisfying dose of both as a writer at Salt&Light. When she’s not working, you will probably find her admiring nature or playing Monopoly Deal with her little brother.