Indonesia Names an Evangelical as the Head of National Police

Indonesia Names an Evangelical as the Head of National Police 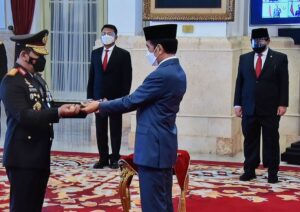 General Sigit Prabowo, a Pentecostal Christian, was unanimously approved by the parliament, despite opposition of Islamic groups. He promises to create “a trustworthy police and fight extremism.”

February 8, 2021. Indonesia names an evangelical as the head of national police. EVANGELICAL FOCUS. Retrieved from https://evangelicalfocus.com/.

Indonesia has named an evangelical as the new head of the national police. He is the third official from a religious minority to hold this position in the largest Islamic country in the world.

General Listyo Sigit Prabowo comes from a family with a Protestant reformed tradition. He has previosly said that he experienced a renewal of faith in the Pentecostal Bethel Church.

Before his appointment, Prabowo was the chief of the the Criminal Investigation Agency of Indonesia. He was President Joko Widodo’s only candidate, unanimously approved by the People’s Representative Council, Indonesia’s lower house of parliament.

Division among Muslims
The nomination of the general by President Joko Widodo, a secular Muslim, was strongly opposed by Muhyiddin Junaidi, chairman of the Indonesian Ulema Council (MUI), one of country’s Islamic clerical bodies.

Junaidi pointed out that “even though Indonesia is a secular country, it would not be appropriate if the leader of the police had a non-Muslim background. It was natural for leaders of any country to have the same religion as that of the majority of the population”.

The “Front Pembela” and Indonesian supporters of the international Islamic terror network “Hizb ut-Tahrir” (Liberation Party) also tried to mobilize people in the streets of Jakarta against the inauguration of the “Man of Ambon”, as they call him, after his hometown.

Despite this incidents, opposition to Prabowo’s candidacy was minimal, given that the country’s largest Muslim mass organisations, Nadhatul Ulama (NU) and Muhammadiyah, had openly given their support.

He also received the support of leading Muslim organisations and Islamic clerics in Banten, one of the most conservative Indonesian provinces, near the capital, where he led the local police.

CCI: “Every citizen has the same rights to reach a position of leadership”
Furthermore, the Communion of Churches in Indonesia (CCI/PGI) welcomed the new police chief’s appointment, stating that “Prabowo’s religion did not play a role, what matters is his past achievements and successes, as well as his vision for the future of Indonesia as a democratic, free, but orderly country”.

“His appointment shows that every citizen has the same rights to reach a position of leadership”, they added.

Diversity and transparency
During his acceptance speech, Prabowo promised to improve the police force and “promote diversity”, to counter the discrimination Indonesian minorities often endure.

He also said that he will fight against extremism, support religious freedom and work “to create a trustworthy and transparent police, to be the protector of all citizens of the nation”.

“The various experiences of the nation and the state so far will certainly be valuable lessons for all of us in the effort to continue police reform”, he added.

The National Police Chief also emphasized that under his leadership the Police “will continue to carry out law enforcement efforts to deal with the COVID-19 pandemic and ensure public safety”. 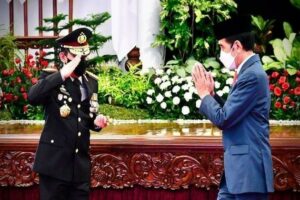 A life fighting for religious freedom
Prabowo grew up in Ambon, a city on the island of the same name in the Moluccas, which is considered the starting point and today’s stronghold of Christian preaching in Indonesia, with many churches, Christian schools and educational institutions such as the renowned Christian University of Indonesia.

However, during his youth in the the 1980s, a central government led a mass relocation of Muslims from Java to the Christian Moluccas and especially to Ambon.

The newcomers presented themselves to the Christians as true Indonesians and full citizens, treated them as “second-class subjects” and “relics of a colonial religion”.

From 1999 to 2004, immigrant Muslims tried to eliminated the Christian faith in Ambon, hundreds of churches were burned and Christians became the target of the Muslim mob.

Prabowo was then the police chief of several cities on Java. He made a name for himself as a protector of Christians, especially in 2011 after the attack on the Bethel Full Bible Church in Solo (Surakarta). “Bombs on Christians must not be allowed to disfigure the image of Java”, he said at the time.

Islam oppression
In Indonesia, radical Muslims are violently pursuing the goal of turning the hitherto multi-religious, multi-ethnic republic into an Islamic caliphate. The violence against Christians has increased in the recent years.

This week, the Indonesian government has banned public schools from making religious attire compulsory, after the story of a Christian student being pressured to wear a headscarf in class went viral.

In 2017, Rizieq Shihab, the leader of Islamic Defenders Front, a strong Muslim extremist movement, accused former Jakarta governor Basuki Tjahaja Purnama, “Ahok” of ‘blasphemy’ against Islam. “Ahok”, also an evangelical Christian, was found guilty and had to spend one and a half years in prison, being released in 2019.