I Gave Up English for Lent

I Gave Up English for Lent 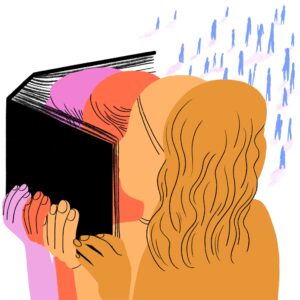 Last year, I gave up English for Lent. For 40 days, with the exception of conversations, my own activities – the books I read, the television I watched, the podcasts I heard – had to be in one of the non-English languages I could understand, which included Spanish, Portuguese, Korean and Chinese, to varying degrees. As a college senior living in New Jersey at the time, I also made an exception for school; I had to graduate, after all, from a university in a country where English is a necessary part of getting by.

This was a challenge that had been years in the making. Although I speak Korean with my parents at home, English – which I first learned at the age of 4 – is my strongest language. Growing up in Hong Kong, I spent 14 years at international schools with many classmates who, like me, spoke better English than they did their parents’ native tongues. I knew Korean, Chinese and English by the age of 10, but I couldn’t speak all of these languages in the breezy, cosmopolitan way I wanted. Instead, the three asserted a hierarchy in which English became dominant, challenging my relationships with people and traditions closest to my heart.

At the core of the Christian practice of Lent, which takes place in the 40 days after Ash Wednesday to prepare for Easter Sunday, is the goal of spiritually cleansing oneself in memory of Jesus’ 40-day fast in the desert. By combining intentional sacrifices with prayer and reflection, Lent offers a consistent space to inspect one’s life. Sacrifices can range from giving up common indulgences to adopting new habits; nonbelievers, too, have increasingly adopted the secular elements of Lenten practice as a means for self-reflection and growth.

As someone who was approaching Lent after a long hiatus from faith, I wanted to give up a precious thing whose absence would make room for something revelatory. I wondered: What if I gave up language?

At first, the idea terrified me. But my apprehension convinced me that this would be a good test both of who I was and what I could do. Giving up English would deconstruct not only an integral part of my identity, but also the way in which I daily build it up. And isn’t this deconstruction at the heart of Lent, at the end of which Christians celebrate the resurrection of Jesus and the opportunity to begin again?

And so the 40 days began. In lieu of podcasts like The Daily, I would wake up and listen to 10-minute newsreels from Brazil, where I’d spent a gap year after high school. As the frigid New Jersey winter slowly turned to spring, I would listen to stories about Carnaval and vaccination rates in Sao Paulo. In the evenings, I would make my way through Spanish-language Netflix shows or scour news websites in Korean.

One morning, I wrote in my journal about a dream I’d had about a close friend who I had fallen out with. I forced myself to describe our dream-dialogue in a language he didn’t speak. “This language was never ours,” I wrote, in Portuguese, “but I will try to express what I saw and felt anyway.” Although writing in a language foreign to our relationship impersonalized the hurt, it also doubled the frustration I felt: first at having lost the friendship, and again at being unable to write about it in the cathartically expressive way I needed.

Through processes like these, I was reminded of how English – or rather, the ease with which I could inhabit it and feel as if I didn’t need anything else – was intricately linked to my relationships with my family and my faith. Throughout my childhood, I followed my parents to a Korean Catholic church in Hong Kong, where my inability to fully understand the priest’s Korean-language sermons made it difficult for my faith to grow. To this day, all the prayers I have memorized are in Korean, but reciting them brings less spiritual comfort than it does a familiar ease, in the way a lullaby might.

Outside of the church, I faced a similar roadblock when I wanted to have deeper, more honest conversation with my parents. Plagued by the belief that there was a language barrier between us, I would refrain from sharing certain things: like the literature I was reading, what these books taught me about myself, or reflections I had about my changing relationship to religion. How could I explain, in a language I associated with their parenting and my childhood, that my nascent adult identity demanded a different kind of prayer – one that, instead of asking for simple forgiveness, broached topics of misplaced intimacies, difficult decisions and a desire to grow apart from my parents so I could become a person of my own?

But as I worked to express myself fully in multiple tongues, the power that a single language held in my life began to weaken. If I had the willpower to eschew English for 40 days, I could channel the same energy into intentionally enriching other languages and other relationships. It was a challenge my parents partook in all the time. If they, as nonnative speakers of English, made the effort to understand me, why couldn’t I do the same for them?

I challenged myself to broach difficult topics with my parents for the first time: What it meant to be a person of color in America, how it felt to endure heartbreak and how I had returned to a faith that they, having moved back to Korea, had begun to relinquish. In the process, I became a better daughter, writer, friend and a person of faith, if faith is intrinsically linked to the belief that one is but a small part in a greater cosmos of things. When we feel trapped and overwhelmed by the immediate world we inhabit, it is consoling to know that lovely moments are being lived and breathed in languages we might not even speak.

Navigating a linguistically plural world isn’t the purview of only those who speak multiple tongues. Those who know just one can read books in translation, for example, or read translators’ accounts of working with their sources texts. You could listen to music from another country, even if it is in a language you do not understand, or watch a foreign-language film with subtitles. By doing so, you will encounter new genres, new sounds and new metaphors that will enhance the way you engage not only with the rest of the world, but with yourself. What is uniquely yours to offer can be gleaned only by what you can – and have already – received from the generosity of others, and an annual tradition of intentionality may be a great opportunity to do just that.

All of us, no matter what languages we are born speaking and which ones we later adopt, are constantly coming to terms with parts of our identities that simultaneously define and confound us. Any chance to grasp onto what confuses us most about ourselves and turn that into clarity is a welcome one. For me, this opportunity arrived in the form of Lent, which to our benefit arrives every year just as winter is becoming a fresh, welcoming spring: an invitation to prepare ourselves to row in ways we may not expect.

Jimin Kang (@jiminkanggg) is a graduate student in comparative literature and critical translation at the University of Oxford. Her work has been published by Reuters, The Nation and TIME.