EEA Statement on the situation on the Belarus – EU border

EEA Statement on the situation on the Belarus – EU border 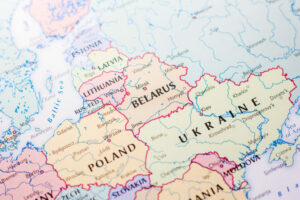 The Belarussian government is using human beings as pawns in their desire to push back against the European Union (EU) for imposing sanctions upon the regime. They are choosing to invite and facilitate the travel of migrants from the Middle East to Belarus and then taking them to the EU border.

1000s of men, women and children are now suffering terribly: those still in Belarus, living without food or shelter. And those who have crossed into the EU are having to hide in the forest or are being kept in terrible conditions, often in closed camps.

The European Evangelical Alliance calls upon all governments involved and the European Union as a whole to remember the human beings at the heart of this matter.

Furthermore, the European Evangelical Alliance calls upon Christians to pray that this crisis can swiftly be resolved in a way which upholds Europe’s Judaeo-Christian values of human dignity, justice, compassion and solidarity.